I’ve been away this week, hence the absence of blog posts (no internet connection – I know how did I cope?). I’ve been with the family up at my late Father’s house sorting furniture for our own house move next month (and more on this at a later date). This required that I hire a van to bring the stuff back.

I love driving vans, there’s something about being higher up than most other road users that I find quite compelling: you can see more of the world around you, and you get a better view of the traffic. This was not the case on the way there, however, as I drove through a huge thunderstorm coming over the Pennine Hills, but I was certainly glad to have the van as most car drivers had to stop, so fierce was the weather.

The journey back was a much more sedate affair and I really enjoyed driving along with Jake in the cab beside me. He was very excited to be there and on the way we had a few chats about a drawing of a pirate ship that I’d done for him earlier in the day (I needed to add a plank), and about what he was going to do when he got home (get his kite out), before he drifted off to sleep.

As my mind wandered a little I began to think about the reason I enjoy these road trips so much. When I was a boy my Dad had a job as a lorry driver, delivering oil and petrol around the North West of England and North Wales. Every now and again during the school holidays he would take me out in the lorry delivering to great places such as airports, factories, hospitals and hotels. These places also seemed huge and endlessly fascinating to an eight year old, especially as I got to see the parts of them that most people didn’t get to see: the boiler rooms, loading bays, and control towers. I thought that my Dad had the best job in the world.

But it was not the destinations that stayed in my mind the most, nor the great views over the hedgerows, not even the brilliant lorries that he used to drive (and I can close my eyes and still see the inside of many of the cabs). Rather it was the little adventures and encounters we had on the way, at transport cafes, with employees at the places he delivered to, and when we occasionally broke down – we once brought an entire town to a standstill. It was a glimpse into a completely different world, my Dad’s world, a grown up world, a world that seemed so alien and far away.

So I completely understood why Jake was so excited to come into the van with me today, and I hope that (before he went to sleep) he has taken some memories that will stay with him for many years to come. Let’s hope that there are many more trips that he and Sam will take with us that will leave their indelible mark on them, and help them to get to know more about the world around them. 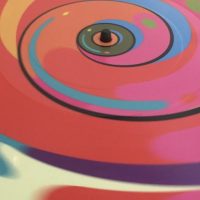